Reasons Not to Locate Your Server in a Flood Zone

Reasons Not to Locate Your Server in a Flood Zone 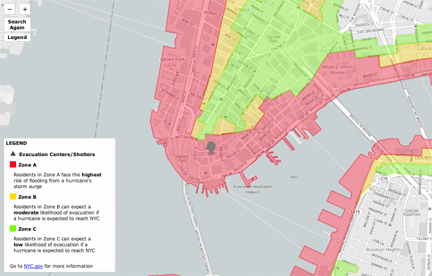 The following article was of great interest to me.  I only wish I wrote it:

Would you locate your datacenter in a coastal flood zone?

I'm sure there are many fine people working in the Northeast that are no doubt tirelessly scrambling after Hurricane Sandy led to severe flooding and power outages on Monday and Tuesday.

So are the many editors and writers at The Huffington Post, Gawker and Buzzfeed, three large news websites that were down yesterday because significant flooding took servers offline. These publications had to publish content in other locations -- HuffPo at corporate parent AOL's site; Buzzfeed on Tumblr; Gawker's various properties on liveblogs hosted on subdomains for their sites.

Forgive me, but I'm scratching my head here: why would you host your major, major website solely in low-lying downtown Manhattan? Have we learned nothing of disaster recovery and resiliency?

The image shows New York's three hurricane evacuation zones. Datagram is in Zone A, described by the city as follows: "Residents in Zone A face the highest risk of flooding from a hurricane's storm surge. Zone A includes all low-lying coastal areas and other areas that could experience storm surge in ANY hurricane that makes landfall close to New York City."

I know New York is a major center for many things, including technology, and I don't mean to kick a guy when he's down, so to speak. I'm sure the details will surface soon enough -- perhaps so many services went down in New York that there was no alternate path to be had.

But I suspect this wasn't the best strategic decision. No?